Treating oneself to a farmhouse in Savoy

After chalets, the second kind of property offering typical Savoyard character is the farmhouse. Solid buildings with wooden beam construction, frequently with roofs of "lauze" stone, "ancelle" or "tavaillon" shingle, and massive stone walls, they often feature rooms with superb vaulted ceilings. When in need of renovation, they are real properties of character offering high architectural potential and good value for money, even when renovation costs are taken into consideration. 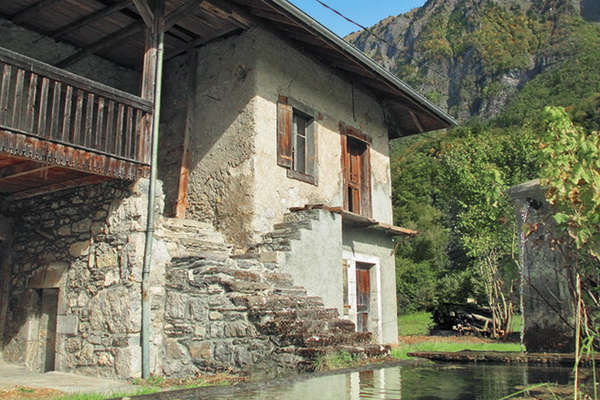 Opened in the year 2000, with three agencies in Habère-Lullin, Mieussy and Bellevaux, Vallée Verte Immobilier thus covers a vast area and regularly proposes farmhouses to renovate, or already benefiting from modernization. "Farmhouses to renovate are particularly popular as permanent homes by local families looking for generous volumes, which have retained the charm of old features and the noble natural materials typical of the region. Their extensive grounds are also undeniable assets," explains Sébastien Belliot. Drawn by this spaciousness allowing for various layouts both inside and out, buyers can create the number of rooms they need. "The cost of renovation is, however, to be taken into consideration : from 800 to 1,200 € per sq. metre on average." Among his most recent sales, our specialist mentions a farmhouse of 300 m2 in Habere-Poche, set in grounds of 1,600 m2, and acquired by a young couple from the region for 220,000 €. Nearby, in grounds of 2,800 m2, another example of 400 m2, already partly renovated, found a taker at 470,000 €.

"At mid-mountain altitudes, farmhouses to renovate, or already renovated, are available at prices offering excellent value for money. Thes properties of traditional charm appeal especially to younger buyers, ready to carry out large-scale work to transform these dwellings of character to suit their own taste," says Hervé Dupraz, whose agency has been based at the heart of Le Chablais since 1984, and under the Neowi sign for the past five years. By way of example, he mentions the recent sale of a farmhouse of 100 m2 requiring renovation, in grounds of 2,900 m2. In the midst of a rural setting on the commune of Bellevaux, and offering high potential, it has just been acquired for 120,000 € by a young French-Swiss couple intending to make it their main home. "The land alone is worth that amount !" comments our specialist. In Vailly, a carfeully renovated farmhouse, backing onto another, offers lots of assets including a small garden of 650 m2, two large living-rooms - one of 40 m2, the second of 30 m2 -, a kitchen of 20 m2 and, on the upper floor, two large bedrooms totalling 50 m2. In impeccable condition, this property of 150 m2 with numerous possibilities for further development is up for sale at 265,000 €. These appealing prices in Le Chablais are explained by its geographic location. "We are not in immediate proximity to the Geneva or Annecy motorways, and it takes a good half-hour to reach Morzine or Avoriaz. Buyers for whom driving is not a problem can find real bargains here, and we are seeing real enthusiasm on the part of young buyers for these old properties. New accommodation, at prices seen as slightly too high (3,500 to 4,000 € per sqm.), draws less interest than it did a few years ago." 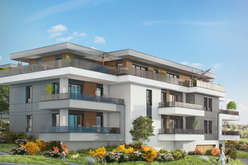 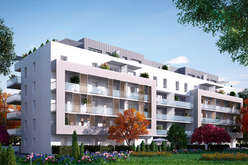 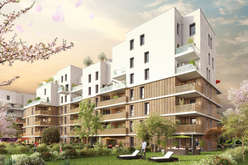 New developments in the basin around Geneva The agglomeration of Geneva is pursuing its expansion at a very steady rate. Developers are contributing to this go-ahead approach by building numerous residences of quality, either urban or harmoniously set into the rural scenery. Their point in common ? Being close to a customs post or on the path of the future CEVA line. Over 4,000 homes are currently being built in the area... Read more >> 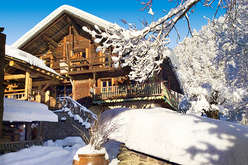 The authentic charm of timber chalets An essential symbol of Alpine and mountain culture, the all-wood chalet has made a strong comeback since the years 2000. The quest for authenticity and natural materials has restored its letters of nobility. Conjuring up a warm, inviting lifestyle, it attracts clients ready to pay top dollar for the most prestigious examples. .. Read more >>
The Espace Diamant, for dedicated fans of the mountains Encompassing five winter sports resorts and villages, the Espace Diamant offers 192 km of slopes for all levels of skills, shared out between altitudes of 1,000 and 2,069 metres in the départements of Savoy and Upper Savoy. .. Read more >> 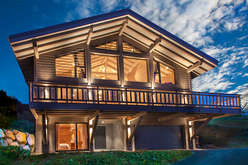 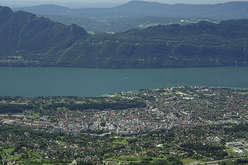 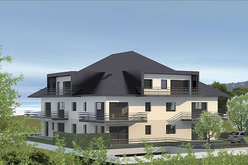 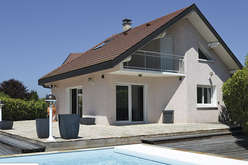 Aix-les-Bains, the elegant Riviera of the Alps On the banks of Lake Bourget, Aix-les-Bains is a flagship tourist destination focusing on thermal spas and well-being. Nestling at the foot of Mount Revard, at the gateway to the Regional Nature Park of the Massif des Bauges, this commune with almost 30,000 residents offers an outstanding natural environment... Read more >> 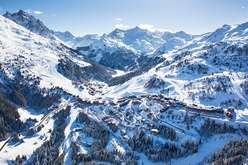 Savoy : focus on the chalet market According to the INSEE, France can lay claim to 3.2 million second residences, a quarter of which are in the mountains, with the Alps still the preferred destination of French holidaymakers. Traditional, luxurious or rustic, ready to move in or in need of refurbishment, the Savoy chalet tops the wish-list for mountain homes. .. Read more >>
Prized addresses around Lake Geneva Evian-les-Bains, Thonon-les-Bains and, set further back, Collonges-sous-Salève... Highly-prized by people working in Switzerland, these addresses comprise a diverse property market featuring numerous high-end new-builds. An overview of these towns and villages offering privileged settings..... Read more >> 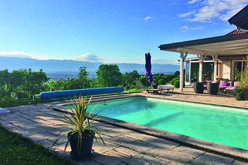 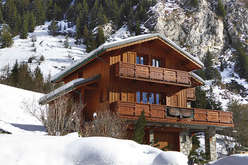 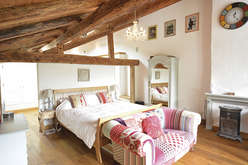 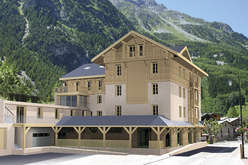 At the heart of the Massif de La Vanoise Between the valley of L'Isère and La Tarentaise, the National Park of La Vanoise covers a territory comprised of 29 communes including Bozel, Champagny-en-Vanoise and Pralognan-la-Vanoise. Village resorts offering well-preserved charm and authenticity... Read more >> 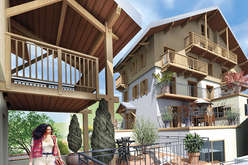 L'Espace Diamant, at the gateway to Mont Blanc Between the Massif du Beaufortain and Le Val d'Arly, L'Es­pace Diamant offers 185 km of ski-runs on the slopes of the départements of Savoy, Upper Savoy and the French Alps. An overview of promising property markets at its feet !... .. Read more >>
Aix-les-Bains, a town in the mountains Between Chambéry and Annecy, a 3-hour ride on the TGV from Paris, Aix-les-Bains is one of France's best-known thermal spas. Home to almost 30,000 residents, it offers buyers persuasive arguments including a golf-course, hippodrome, two casinos, and the largest freshwater harbour in the country. .. Read more >> 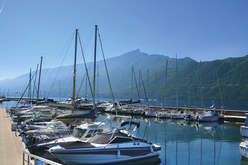 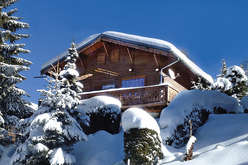 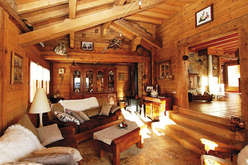 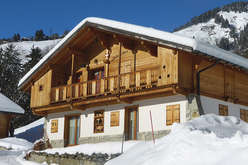 Le Beaufortain and Le Val d'Arly : a mixed bag of offerings "Here more than anywhere else, the gaze melts with the heart," said Boris Vian when talking about Le Beaufortain and its many little villages. Far from being outdone, Le Val d'Arly boasts two of Savoy's finest skiing domains, including the sumptuous Espace Diamant... Read more >> 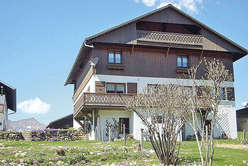 Portraits of resorts at the heart of the Espace Diamant Between the Massif du Beaufortain and Le Val d'Arly, not far from the Mont-Blanc area, L'Espace Diamant offers 185 km of ski-runs. Small village resorts benefiting from the closeness of nature and family accommodation, as well as Les Saisies, a lively resort known for the quality of its snow coverage, all have more than one string to their bows. .. Read more >>
Aix-les-Bains, diversity of choice A well-known thermal spa, a popular tourist destination bearing the "France Station Nautique" label, and a charming commune nestling at the foot of Mont Revard, Aix-les-Bains unfurls its various facets in stylish apartments, contemporary residences and villas with views. A sound investment... Read more >> 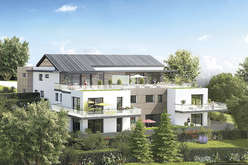