Arcachon, an enviable way of life

Now a “must” resort on the Atlantic coast, Arcachon came into being in the 19th century. Known as the “Town of Four Seasons”, it is comprised of seven neighbourhoods, four of which bear the names of the seasons.

A large seaside resort, home to some 11,000 residents, Arcachon can lay claim to remarkable architecture. Here, between sand dunes and the ocean, many Parisians set their sights on a pleasant holiday home. A trend which has continued to rise since the successful embellishment of its historic centre and the introduction of the high-speed Paris-Bordeaux railway line, henceforth placing it less than three hours from the capital.

Based on the Place du Marché since last spring, Gauthier Immo confirms its position as a central agency for Arcachon and the entire southern part of the bay. Launched three years ago, this go-ahead agency assists its clients in their different projects. Sales, acquisitions, conciergerie…, Renan Sainte Cluque and his team function in personalized follow-up mode.

“Following two years of euphoria at the end of the health crisis, the market is now tending towards a certain stabilization. Demand is still there with, in particular, renewed interest in apartments. For those with 2 or 3 bedrooms, we are however confronted by a very tight market. Supply remains very limited compared to rising demand for the hyper-centre. As for second and/or semi-second residences, still highly sought-after with democratisation of teleworking, buyers need a budget of at least 1.2 million euros to acquire a pleasant villa with a garden. This budget rises significantly as soon as they target the highly-prized Pereire-Moulleau-Pyla area.”

An attractive, well-known faubourg in Arcachon, Le Moulleau has preserved its authenticity, its soul and architectural charm, borne along on a friendly, elegant and family atmosphere.

Lying south-west of Arcachon, at the edge of the Bassin and in the continuity of Le Pyla-sur-Mer, Le Moulleau is particularly well-known for its remarkable neo-Byzantine church built in 1864, Notre Dame des Passes, which overlooks the area. Based at the heart of this neighbourhood, the Moulleau Immobilier agency was opened in 2008 by Julie Vrand-Lemoine who cultivates a warm, bespoke approach to her work which she has transformed into a way of life with the six professionals comprising her loyal team.

“Our clients really appreciate our ultra-local expertise. We build sincere relationships with them, sometimes over several generations. Le Moulleau remains our favourite sector and we are developing expertise for prestige properties, many presented under sole mandates.”

Julie Vrand-Lemoine is committed to ensuring a very attentive ear and all-round service for each of her clients. “The front row is a micro-market. Demand is increasing over towards Moulleau and Pyla, especially as this area benefits from maximum sunshine and sumptuous sunsets. We present residences in Gaume architectural style there, Basco-Landais, renovated to meet today’s taste, at prices attaining several million euros depending on appointments and the size of the grounds. Here, each property has its own price.” The majority of the agency’s clientele consists of Parisians and, since last summer, buyers from Lyon. Unlike Le Pyla, Le Moulleau offers a few apartments, mostly built in the 1970’s, in prestigious residences such as Le Panoramic and L’Hermitage de Saint-Jean. “Extended by terraces offering superb views of the sea, these apartments - rare on the market - may well be posted at prices up to 20,000 euros per square metre,” says our expert. 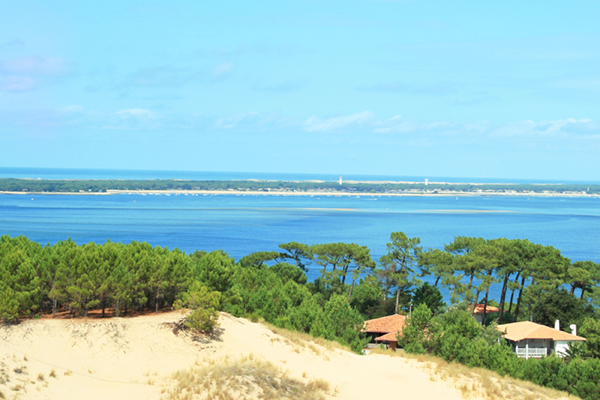 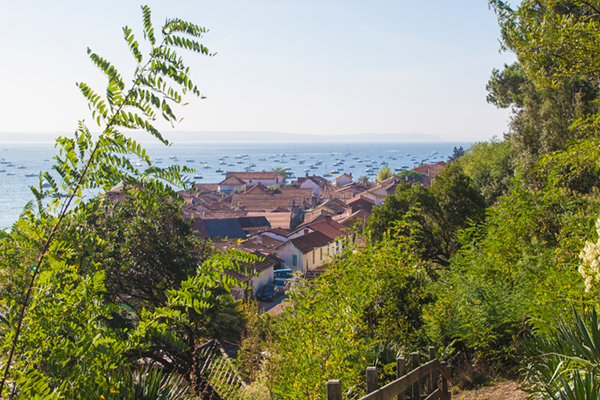